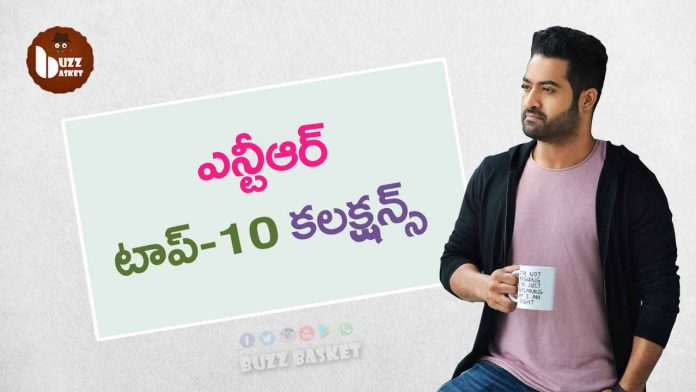 At a very small age he entered Film Industry in 2001, his entry into Films was easy as he is the Grandson of Legend Nandamuri Taraka Ramarao but his success credit goes to his pure talent. At the age of 19, he got phenomenal box-office success with Aadhi. From then his fan base and collections went on hiking. Here we present you Top 10 highest shares of his films. Check them out.

2 – Janatha Garage : [Theatrical Business – 66 Cr, Box Office – 84.90 Cr, Profit – 18.9 Cr] has a special place in his career. This film turned out as the biggest blockbuster in his career and got many records and awards.

8 – Brindavanam : [Budget – 27 Cr, BO – 32.50 Cr, Own Release] is a full-on family entertainer that showcased NTR in a soft role. This film got super hit talk from 1st day of release itself.

10 – Yamadonga : [Budget – 21 Cr, BO – 29.06 Cr] is one film where NTR excelled in the historical role. His dialogue delivery in perfect Telugu accent is a true treat to watch.