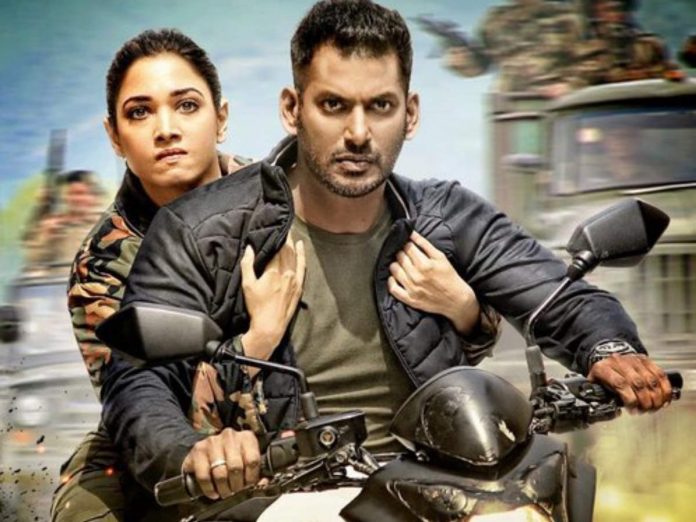 Army Colonel Subhash (Vishal) comes from a Political background family. His Father (Pala Karuppaiah) is a Cheif Minister and his brother is a Deputy CM. While announcing the same by his father a bomb blast occurs due to which his family along with his Fiancee Meera (Aishwarya Lekshmi) dies. Subhash tries to investigate about the person behind this and finds out it’s a Terrorist act. His Army colleague Diya (Tamannaah Bhatia) who loves him helps in his dangerous journey of tracking Terrorist.