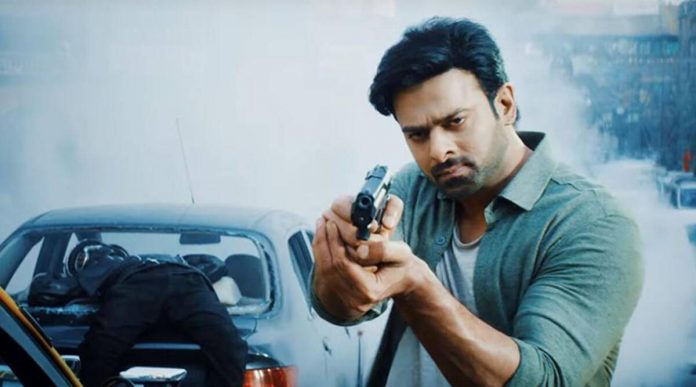 India’s top third expensive film Saaho made news for every detail be it budget raising to 350 CR which was initially around 150 Cr or Prabhas giving chance to one time director Sujeeth after scoring biggest blockbuster with Baahubali or Bollywood star actress Shraddha Kapoor joining the film or casting of pan India actors or never before seen jet action episodes.

All the above factors helped Saaho to make spectacular pre-release business worldwide and no doubt Prabhas star image is the main factor for pulling huge unprecedented figures. While Andhra Pradesh and Telangana regions theatrical rights were bought for 124 crores worldwide rights were bought for astonishing 290cr making it a total of 502cr. Saaho became the third film to make the highest pre-release business in Indian films after Robo 2.0 and Baahubali 2. Hope Prabhas star image can pull off maximum figures on its first day of release.

Disclaimer: Data gathered from various confidential sources and many also include an estimate. Use and follow at your own discretion. we don’t guarantee any authenticity of the same.